Looking for a change 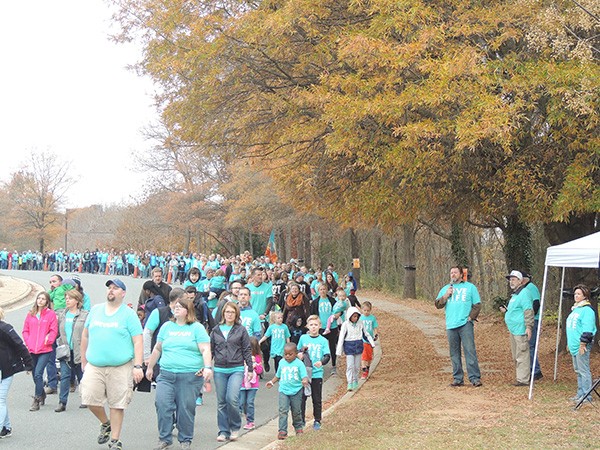 Around 1,500 people showed up to Latrobe Drive on December 2 to march past A Preferred Women’s Health Center. (Photo by Ryan Pitkin)

On a chilly morning on the second day of December, Charlotte City Council member Julie Eiselt stood on Palmer Plaza Lane in east Charlotte and watched as hundreds of people streamed into a lot of land owned by Absolute Beauty College. The college had allowed local anti-abortion organization Love Life Charlotte to hold a concert there to celebrate the 40th straight week of marches outside of A Preferred Women's Health Center, just down Latrobe Drive from where the concert was being held.

Eiselt has attended plenty of marches in the past, and she's spoken out on council before about what can be done to make sure patients can access the clinic without being harassed or intimidated by large parades of people. The December 2 march, however, was one of the larger ones ever held at the clinic. Love Life leaders had said they expected 7,000 people, although less than 2,000 showed up.

Another factor that made this march different for Eiselt was that she had some friends. Newly elected council reps Larken Egleston and Braxton Winston, both of whom would be sworn in two days later, stood alongside Eiselt. Later, newly elected District 2 rep Justin Harlow would come by to see the march for himself, and incumbent District 3 rep LaWana Mayfield also attended. 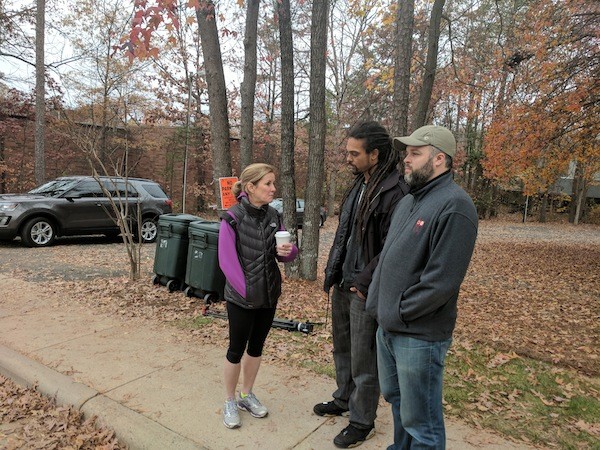 Without having even been sworn in yet, it would appear that the new city council will be the most engaged in the issues that have arisen and escalated at the clinic over the last two years. However, a lawsuit filed against the city in November alleging the violation of protesters' civil rights might make things more difficult to make any changes around APWHC.

On November 17, Daniel Parks of the Concord-based anti-abortion group Cities4Life filed a suit against the city of Charlotte, the mayor and a list of other city employees for what he says are violations of the first and 14th amendments and the North Carolina Constitution. The lawsuit results from violations to the city's sign ordinance that have been doled out to protesters by CMPD over the last year.

The lawsuit states, "The defendants in this case — specifically, the City of Charlotte, its Mayor, and its employees — have used the City Code to violate the First Amendment by restricting Plaintiffs' use of signs, and therefore their speech, because they object to the content of those signs."

Calla Hales, administrator at APWHC, said she's cautiously optimistic that the new council will be able to help her patients access the clinic without facing down hundreds of protesters, but worries that the lawsuit might confuse things.

"A lot of people had warned us last year that lawsuits were a possibility," Hales said when I met with her the day before the most recent march. "That's why they weren't moving fast; they wanted to make sure they had covered every avenue and they had the research, and then they got sued anyway. So there's some frustration, for sure."

However, Hales' first request for city leaders going into the new year is a simple one. She said that during her recent meetings with members of the Charlotte-Mecklenburg Police Department, the Charlotte Department of Transportation and other city departments, it's become clear to her that different people have different understandings of the ordinances in place. She said she hopes the new council can work with city officials to clearly define and explain any ordinance related to amplified sound and protesting in general.

"There's a lot of wiggle room and there's a lot of miscommunication between departments of how to translate these laws and ordinances," Hales said. "I think it would be best to really just revisit them, because it doesn't just affect us, it affects the entire city in all sorts of demonstrations, protests and parades."

Hales' other request, that the city look into creating quiet zones around the clinic, might be tougher to get traction for. There are quiet zones created by local government in North Carolina cities like Durham, but those are usually based on train noise, as opposed to protests.

At the December 2 Love Life Charlotte rally, Egleston stood across the street from the loud concert taking place before the march and shook his head.

"I feel certain that most of these people that are here are well-intentioned and well-meaning, but I wish that they would make the connection that if we have better access for women and men to birth control, that would minimize the need for services like these," Egleston said.

He emphasized that he wouldn't be presumptuous enough to "paint everyone" in the crowd as voting for any specific political party, but he couldn't help but feel like many of the folks attending the march were now praying for something that could be helped in more effective ways.

"I would guess that many of them certainly would be supporters of candidates who then want to restrict access to birth control," Egleston said. "If they want to minimize abortions, that would be an effective way to do that proactively, and yet somehow that connection doesn't seem to be made for most people."

Each candidate that showed up to the rally on Saturday was open about their respective pro-choice stance, politically, but each one was also adamant about digging into the questions around free speech as compared to harassment.

Winston, an at-large representative who came to power in part due to the recognition he received during the Charlotte Uprising in 2016, said it's especially important to him to make sure he is not stifling anyone's rights to protest.

On the Saturday after the November election, Winston was at the clinic speaking with marchers, police and clinic volunteers. He toured one of the RVs that anti-abortion groups park outside of the clinic in hopes that patients will come in and get an ultrasound and potentially change their minds.

"I want to be informed as we move forward," Winston said at the most recent rally. "I want to be informed of the decisions I have to make or the actions I have to take. Right here is a good intersection of personal politics, and it will take some sort of decision from leadership. In order to be able to make effective and responsible decisions, I think I need to be aware of the totality of the situation, not just have people tell me."

When asked what he's learned during his time speaking with people on both sides of the issue, Winston's answer highlighted the complex nature of the debate over what's happening inside and outside the clinic.

"I'm obviously a staunch defender of First Amendment protections and rights, and I am also staunchly pro-choice, so there's a lot of different intersections here with those two politics," he said. "But also, as a leader within government, we have our CMPD out here, we have code enforcement issues, we have subjects with public safety that need to be dealt with. People are here and have their opinions, and we're all entitled to that, but I believe we're all entitled to access safe and secure healthcare. There are so many different parts that come to this."

Eiselt said she was concerned about the cost of all the extra security needed at the clinic during the 40-week marches.

She pointed out that, on Saturday, she and Egleston had come to the clinic from a 5K race held by a nonprofit group that helps veterans, and that group was made to pay for off-duty police officers to provide security. At the Love Life rally, however, there were nearly 100 on-duty police officers on foot and riding bicycles, dirt bikes and utility vehicles.

Egleston said it's one of the issues he hopes council can get to the bottom of quickly.

"Why is the city having to pay for the incredible amount of police detail that's here today?" Egleston asked. "I don't have an answer for that, I think it's something we've got to dig into."

It's this proactive attitude that has Eiselt feeling optimistic that the new city council will make some changes in the coming year on an issue that has been a passion of hers for some time.

"I think it's an interesting time for this to happen, because in this country we're seeing people stand up and say, 'It's not OK to harass women, it's unacceptable.' Freedom of speech is our basic right, but at what point does denying somebody's legal rights become less important?" she said. "So that's my concern. At the end of the day, harassing women for doing something that is their legal right to do is not OK and we need to stand up and say that."